It was the southern home cooking that the Gibson’s grew up with that became the driving force behind their new Elkhart restaurant, The Tipsy Biscuit.

“We’re used to a nice hearty breakfast with biscuits and gravy,” said James Gibson. “Once we decided we were doing a breakfast place, we knew that biscuits were our thing.”

James, who moved to Elkhart with his family as a teenager, said his Grandma Lois’ biscuit recipe made the trek from down south to Michiana as a menu staple.

“We make them fresh every morning,” James said.

James, along with his mom Diana and sister Andrea, bought the building at 231 N. Main Street in Elkhart in September. Together, the three worked together to create the breakfast restaurant with nods to their childhood.

Story courtesy of the ABC57. Authored by Shannon Nolan.

The rest of the article can be found here. 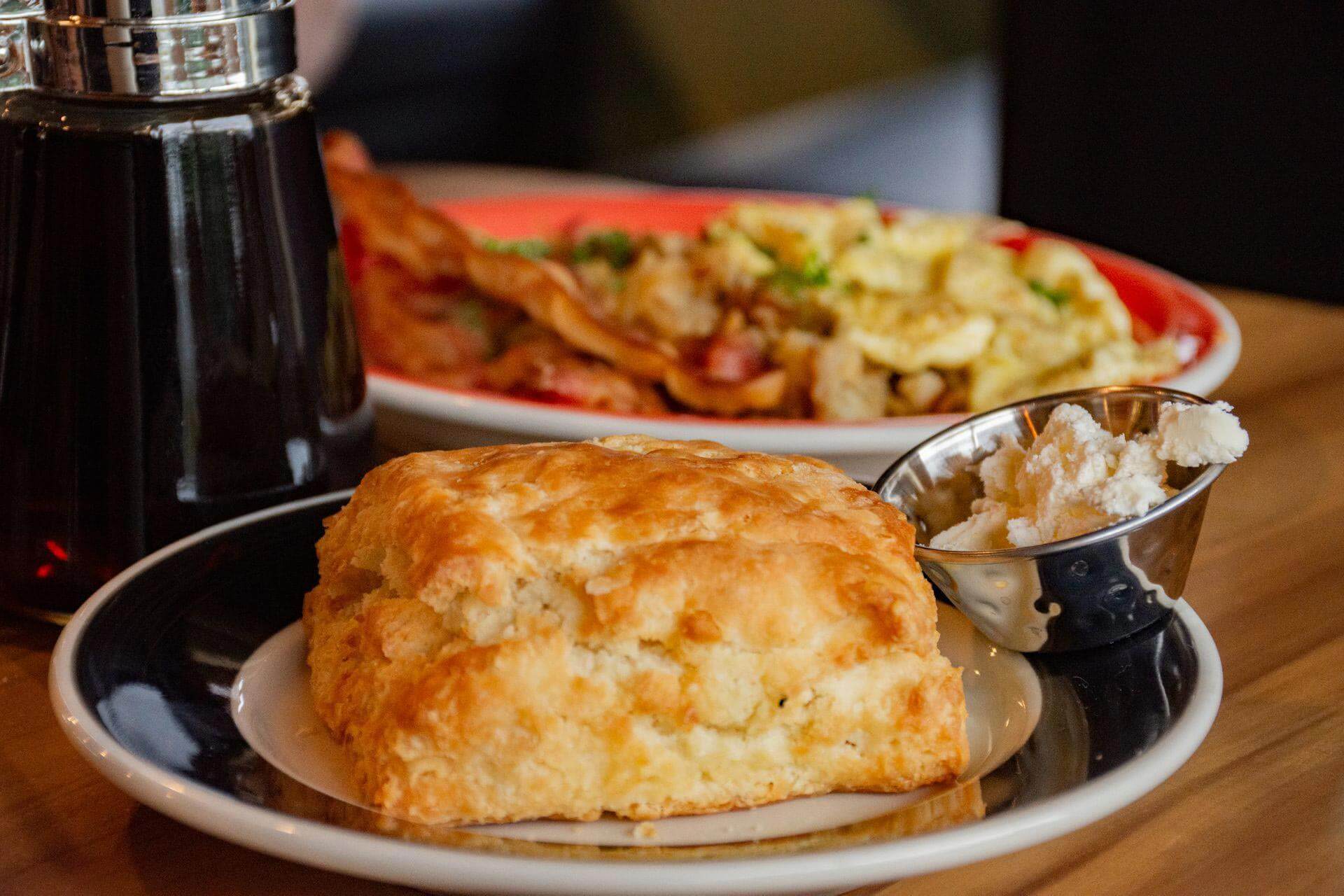