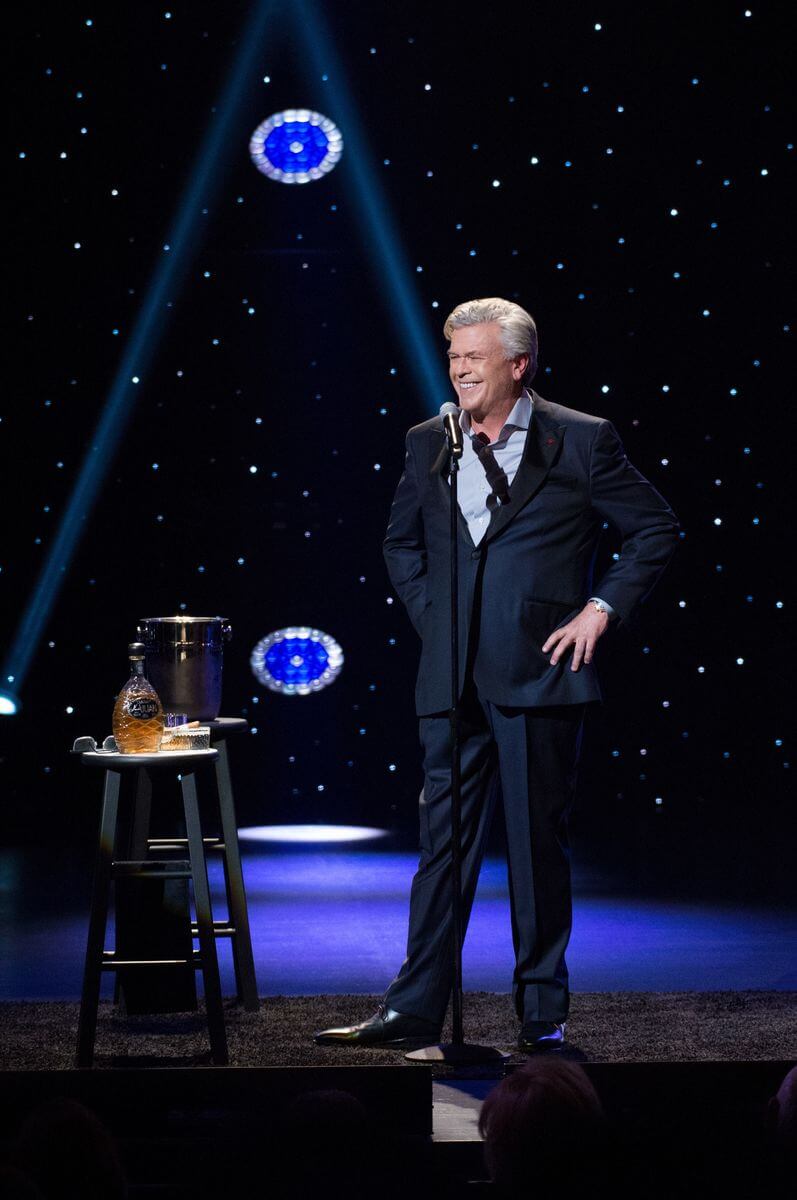 Comedian Ron “Tater Salad” White first rose to fame as the cigar-smoking, scotch-drinking funnyman from the Blue Collar Comedy Tour phenomenon, but now as a chart-topping Grammy-nominated comedian and a feature film actor, Ron White has established himself as a star in his own right. White has always been a classic storyteller. His stories relay tales from his real life, ranging from growing up in a small town in Texas to sharing stories of his daily life to becoming one of the most successful comedians in America. All 4 of his comedy albums charted #1 on the BillboardTM Comedy Charts. He has sold over 14 million albums (solo and with the Blue Collar Comedy Tour), been nominated for two Grammys, and over the past 9 years (since 2004) been one of the top three grossing stand up comedians on tour in America.

Ron White began performing comedy in 1986 and was quickly opening for legendary comedians Sam Kinison and Jeff Foxworthy. After eventually becoming a comedy club headliner, in 2000 White was asked to join the Blue Collar Comedy Tour alongside Jeff Foxworthy, Bill Engvall and Larry the Cable Guy. The show toured for over three years to sold-out audiences in over 270 cities and grossed more than $35 million. In 2003, Warner Brothers filmed the show, Blue Collar Comedy Tour: The Movie for a theatrical/TV/DVD/CD release. The film premiered as the most-watched movie in Comedy Central’s history. In 2005, the video Blue Collar Comedy Tour Rides Again was filmed and released on TV and DVD/CD.

Ron has been a passionate supporter of the US military troops for more than 20 years, donating his time and resources. In 2008, he created an annual charity show Ron White’s Comedy Salute to the Troops. The profit from ticket/DVD sales is donated to the Armed Forces Foundation to assist troops and their families. Many of White’s celebrity friends have participated in these shows: Lewis Black, Dave Attell, Kathleen Madigan, Brian Regan and Rascal Flatts. In 2011, the show was recorded for TV/DVD and was the second highest-watched show on CMT that year. The taping location that year and the next was the historic Grand Ole Opry. In 2013 the show was recorded in Las Vegas and premiered March 2013.

As an actor, Ron White had supporting roles acted in the major theatrical films Horrible Bosses and Sex and the City 2. He also had a principal role in Jayne Mansfield’s Car (written/directed by Billy Bob Thornton), He is a co-Executive Producer of Bridegroom, a Linda Bloodworth-Thomason documentary, which debuted at the 2013 NYC Tribeca Film Festival and won the Audience Award.

Presented by Friends of The Lerner and NIBCO INC.

Ron White “200 Proof” VIP Experience!
Want a premium seat in the first 4 rows and meet Ron White at the show? Wanna ask him a question? Take a picture with him? Just see for yourself if that’s really tequila he’s drinking? If your answer is yes, then purchase the Ron White “200 Proof” VIP Experience! At the VIP experience you’ll be a part of a small group of fellow fans talking with Ron White and taking a photo with him. Not only will you get this special access after Ron’s show, you’ll receive a VIP access pass personally signed by Ron White. Check out this video of other fans having a great time at Ron’s 200 Proof VIP Experience: https://www.youtube.com/watch?v=MWxFB1zKDa4&feature=youtu.be
Package Includes:
– Premium Seat Ticket
– Q & A session with Ron White
– A photo with Ron White
– VIP access pass personally signed by Ron White
– Autographed note from Ron White
– Exclusive Merchandise Item
*Check in early at the merchandise table with our VIP manager on tour.