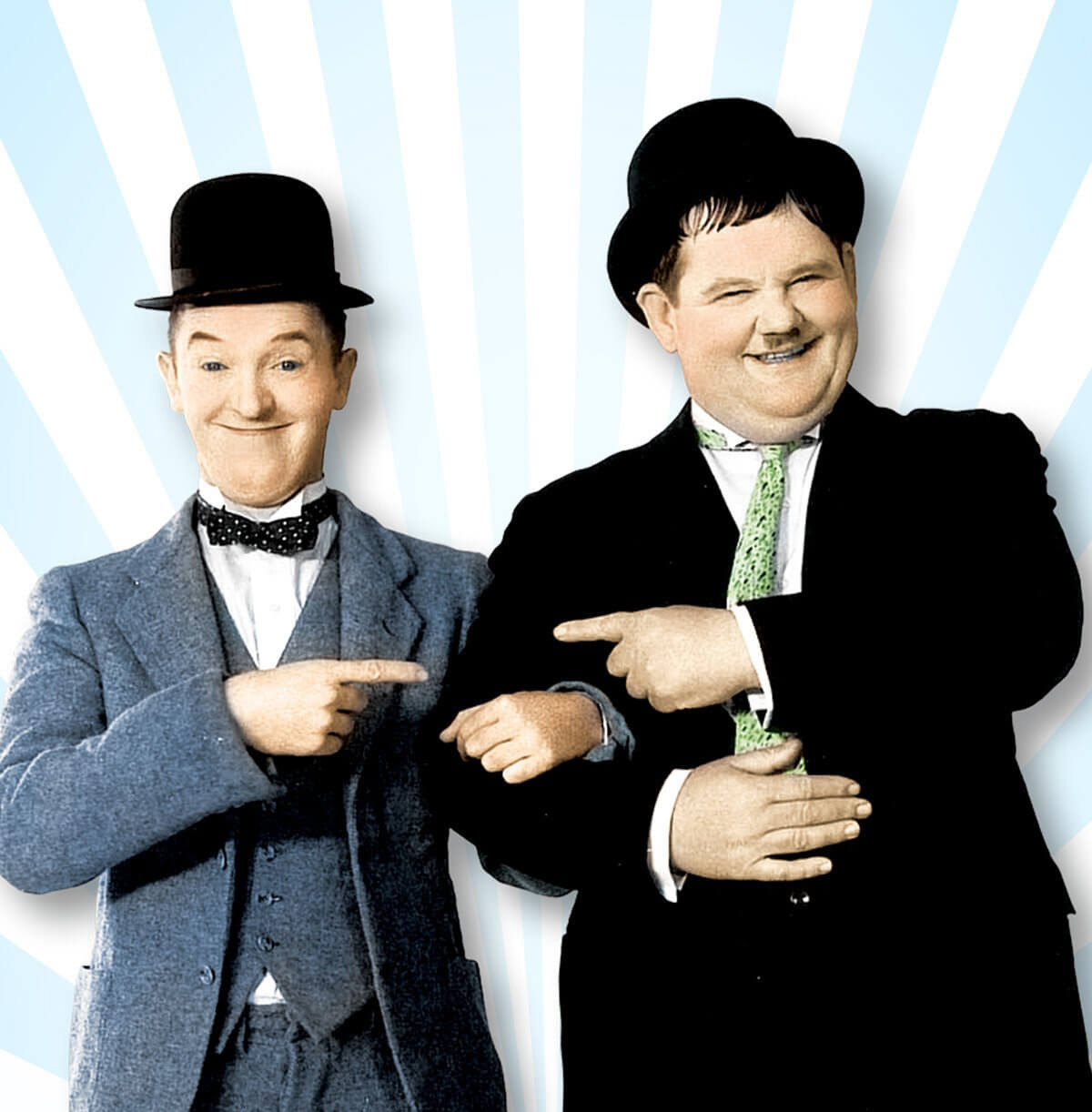 Laurel and Hardy were a comedy double act during the early Classical Hollywood era of American cinema. The team was composed of English thin man Stan Laurel (1890–1965) and American fat man Oliver Hardy (1892–1957). They became well known during the late 1920s through the mid-1940s for their slapstick comedy, with Laurel playing the clumsy and childlike friend of the pompous bully Hardy. Sponsored by The Murphey Family.