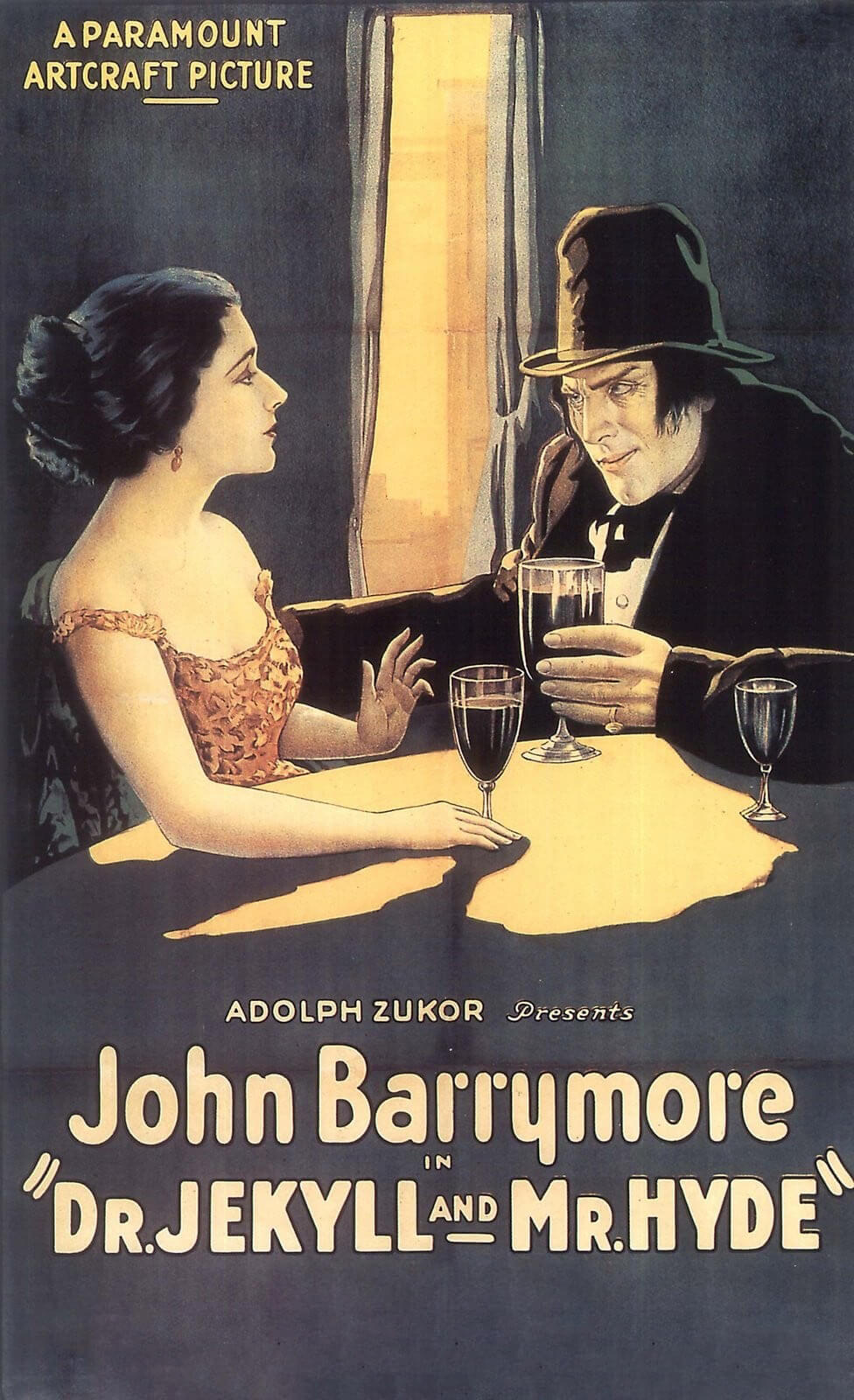 Scientist Dr. Henry Jekyll (John Barrymore) is intelligent and diligent, but also uptight and extremely serious about his work. When his friend, Sir George Carew (Brandon Hurst), takes him to a show featuring the sensual Miss Gina (Nita Naldi), an aroused Jekyll sets out on a quest to separate man’s saintly and sinful sides. His experiments succeed, and his evil alter ego, Mr. Hyde, is created. As the doctor uncontrollably alternates between Jekyll and Hyde, danger looms.

Featuring organist Clark Wilson. A native of Ohio, Clark Wilson began his musical training at age nine. While growing up he accompanied numerous stage musicals and was organist at several churches. At this time he was listed in “Who’s Who in the Midwest” and “Men of Achievement”. He also holds Life Member status in the International Tri-M Music Honor Society and is listed in “Who’s Who in Executives and Professionals”.

Following several years with the Schantz Organ Company as a reed voicer and tonal finisher, Clark’s professional playing career began with his appointment to the featured organist post at Pipe Organ Pizza in Milwaukee, Wisconsin. He has since been on the playing staffs at the Paramount Music Palace in Indianapolis, Indiana, Pipes and Pizza in Lansing, Illinois, and is currently associated with Organ Stop Pizza in Mesa, Arizona, where he is on the organ staff as well as having assisted with the planning and installation of the world’s largest Wurlitzer organ.