To Celia Weiss, music is a vital organ to the Elkhart community

For Celia Weiss, music isn’t simply about an instrument or performing a song perfectly. It’s about sharing a song with other people.

That’s why she moved to Elkhart in 1970 to teach music at North Side Middle School.

“I’m a people person and I love working with people. Being an organist and event pianist can be lonely because you practice by yourself,” Weiss said. “I wanted to share my skills with kids, and my love of music.” 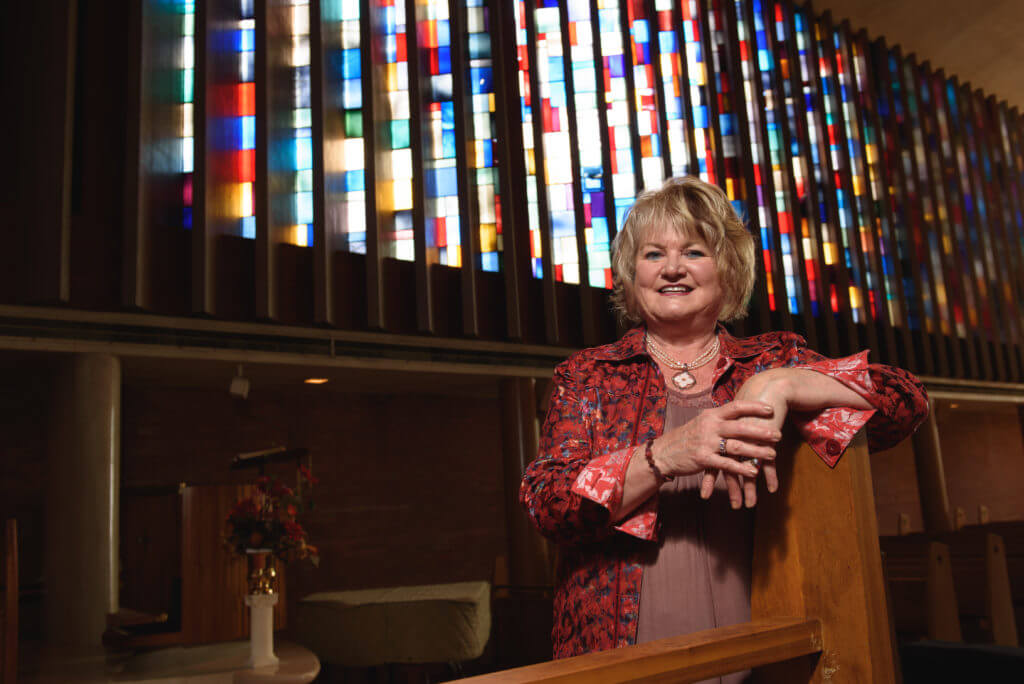 Celia Weiss is the director of music and organist at First Presbyterian Church in Elkhart.
Photos by Jason Bryant

Her desire to share music with others sparked when she was a kid. Her parents were both music teachers, so she was playing the piano by age 2. She became a church organist in eighth grade and started a youth choir a year later. It was no surprise that she majored in music education when she enrolled at Manchester College.

Over the years, Weiss has also taught at Goshen schools, Goshen College and Indiana University South Bend. She was the coordinator of the world-renowned Toradze Piano Studio for a few years as well.

Now, Weiss is the director of music and organist at First Presbyterian Church on Beardsley Avenue. When she took the job in 1975, she started an adult choir and three youth choirs for kids from kindergarten through high school.

“I’ve expanded the music program here to be inclusive, to create confidence, so people can be comfortable with themselves and expand who they are, through the stage,” Weiss said. Her choirs perform a Christmas musical and spring musical every year and she delights in watching each performer grow in their role. “If they’re a sheep, I say, ‘be the best sheep you can.’ They become comfortable in their own skin.”

When Weiss teaches organ at IUSB, students come to First Presbyterian Church for their lessons. Weiss loves the pipe organ there, which she calls “magnificent,” and the church’s sanctuary was built especially for concerts.

The carpet on stage doesn’t soak up sound and the acoustics in the room — between the stained glass, brick walls, slate floors and marble — allows spoken words to be heard throughout the hall without the need for microphones. The sanctuary has its own sound system for contemporary musicians, but it isn’t always needed.

Being the organist at First Presbyterian Church has led to other opportunities for Weiss to perform locally. The same people who rebuilt the church’s pipe organ also rebuilt the historic 1924 Kimball organ at The Lerner Theatre. Weiss performs on that organ about four times a year during Lunchtime Live! shows.

She loves playing on the Kimball organ because of the bells and whistles that allow her to make various non-organ sounds while playing the music, like a telephone ringing or a train whistle.

“I play ‘Yellow Bird’ and the organ has two bird sounds. One is a higher bird sound coming out of one of the chambers and on the other side is bird two. I play in a way that it sounds like they’re talking to each other,” Weiss said. She can play piano, guitar or even drum sounds on the pipe organ if she wants to. “It’s the king of instruments because it’s an orchestra in itself.”

Though she’s been playing organ for decades and has been playing The Lerner’s organ for years, Weiss still managers to learn new things on it. She’s always trying new sounds.

“I like adding humor to some of the standard things, like Bach,” she said. “Some of my organ colleagues say you only play the way an organ composer meant it to be. I don’t. I find ways to make it appealing to a younger generation.”

When Weiss meets with brides getting married at First Presbyterian Church, many think that the organ is only capable of “Here Comes The Bride.” But she can take requests for almost any song and she does her best to arrange an organ version of it.

“Those kind of requests inspire me,” she said. “How can I make it personal?”

Weiss also plays songs at funerals for an Elkhart funeral home. She meets with the families and plays songs the loved one knew and loved the most, if she can.

“That’s something that I can give, that’s something I can do again to make it personal,” she said. “I feel like i’m making a difference during their grief.”

Ultimately, it all comes back down to the people for Weiss. “Music and people. That’s why i’ve loved my choir experience so much,” she said. “Working with the funeral home, working with brides, working at The Lerner. That’s fun.”

Besides the job, Weiss didn’t know what would be in store for her when she moved to Elkhart those 47 years ago, but she calls it “lucky” that she did.

“I just fell into the right place,” she said. “I’m an adventurer. I could be happy anywhere but I love Elkhart. I love the people. It’s a hometown and yet, we’re expanding.”

Weiss likes seeing new shops pop up on Main Street and is eager to see the impact of the new high rise apartments going in on Elkhart Avenue, as well as other planned construction projects.

“Elkhart is expanding downtown. That’s exciting for me because I saw what it used to be and I see what it is now. I see it as opportunities that are opening up for people. I’m excited about that.”